Share a memory
Obituary & Services
Tribute Wall
Read more about the life story of DeWayne and share your memory.

DeWayne Holthusen, 87, of Willmar, passed away peacefully on Tuesday, November 15, 2022, at Bethesda Grand in Willmar.

A visitation for DeWayne will be 1:00-3:00 p.m. on Wednesday, November 30, at Harvey Anderson Funeral Home in Willmar.  In lieu of flowers, memorials are preferred.

DeWayne Clarence Holthusen was born January 31, 1935, at St. Frances Hospital in Breckenridge, Minnesota, to Clarence and Mabel (Marquardt) Holthusen.  He grew up on the family farm near Great Bend, North Dakota and attended country school.  At the age of 12, his family moved to Wahpeton and DeWayne graduated from Wahpeton High School in 1953.  While in high school, he played trumpet in the band and participated in marching band.  He then attended Wahpeton State School of Science and Moorhead State College, graduating with his bachelor’s degree in 1957.  On August 25, 1957, he married Betty Ann Twedt at Bethel Lutheran Church in Wahpeton and they had two wonderful children: John and Robin.   DeWayne and Betty divorced in 1973.   He married Bonita Griffin in 1986 and they later divorced.

In September 1957, DeWayne began teaching school in Beardsley, Minnesota, where he also served as civil defense director and taught youth firearms safety.  In 1963, the family moved to Willmar, Minnesota and DeWayne began working in sales for Investors Diversified Services (IDS).  He later became a field trainer and district manager, before his retirement from IDS in 1995.

DeWayne was a member of Redeemer Lutheran Church in Willmar, where he served as an elder and as finance chairman for a building project at the church.  He was also active in the Willmar Jaycees, serving as president and treasurer for several years.  DeWayne enjoyed hunting and fishing and loved his Lab hunting dogs he had over the years.  He loved the land and black dirt and loved living on his farm south of Willmar since 1975.  DeWayne loved to work and often stated, “The harder I work, the luckier I get.”  He loved to spend time with his children and grandchildren, and was proud to have passed down his work ethic to them.

He was preceded in death by his parents: Clarence Holthusen and Mabel Schoeneck. 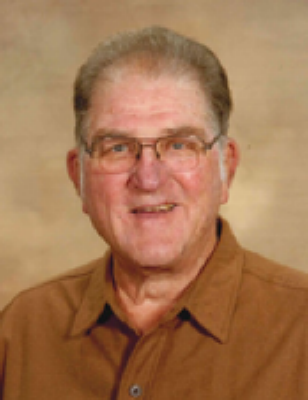