Share a memory
Obituary & Services
Tribute Wall
Read more about the life story of Jody and share your memory.

Jody R. Freese, 69, of Raymond, died Monday, January 16th at CentraCare Rice Memorial Hospital in Willmar.  Her funeral will be at 10:30 am, Saturday, January 21st at Living Hope in Willmar with visitation one hour prior to the service.  Interment will be in Fairview Cemetery in Raymond.  Funeral arrangements are with Harvey Anderson Funeral Home in Willmar.

Jody was born August 15, 1953, in Willmar, MN, in the hospital where her husband to be, Steven Freese, was actually born three days earlier, the daughter of Harry and Marilynne (Refsland) Zimmer.  She grew up in Edwards Township, Kandiyohi County, Minnesota having been baptized and confirmed at St. John’s Lutheran Church in Raymond and graduated from Raymond High School in 1971, having been the Salutatorian of her class as well as Homecoming Queen.

On September 1, 1972, she was united in marriage to Steven Freese at St. John’s Lutheran Church and ever since they lived and farmed in Edwards Township.

More than anything, Jody’s family was the most important part of her life.  Whether she was baking, cooking, making memories with her family at the lake or attending her children’s and grandchildren’s events, she was always there. She was an avid seamstress, sewing clothes and making quilts for all of her family.

She was preceded in death by her parents, her in-laws, Merlin and Janette Freese and brother-in-law, Milton Surerus.

Your browser does not support this video format. You should be able to view it in Chrome, Safari or Internet Explorer.

Video is available for this event 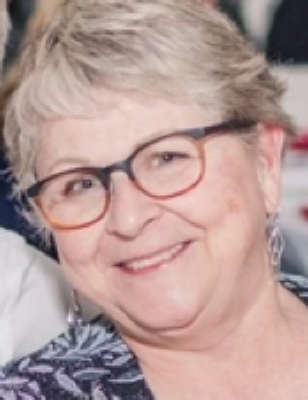