Share a memory
Obituary & Services
Tribute Wall
Read more about the life story of Patricia and share your memory.

Patricia A. Jacobsen, 71, of Willmar, died Tuesday, January 24th at Bethesda Grand in Willmar.  Her memorial service will be 11:00 am, Friday, January 27th at Calvary Lutheran Church in Willmar with interment in Sunset Cemetery in Montevideo.  Visitation will be 5-7:00 pm, Thursday, January 26th at Harvey Anderson Funeral Home in Willmar and continue one hour prior to the service at the church on Friday. www.hafh.org

Patricia was born September 27, 1951, in Montevideo, the daughter of Kenneth and Kathleen (Hanson) Strand. She grew up in Montevideo, attended Ramsey Elementary and graduated from Montevideo High School in 1969.  She continued her education, attending cosmetology school.

She worked as a beautician in the cities before moving to Willmar in the late 1970’s where she spent most of her working career as a beautician.  She also worked as a housekeeper and most recently worked at Jefferson Elementary School in the lunchroom. Patricia enjoyed decorating her home, attending garage sales and visiting with friends.  Her three grandchildren, Jessirae, Kiera and Taylon, were her pride and she cherished all the time spent with them.

Patricia was preceded in death by her parents, an infant daughter, Kaelyn Ann, and brother, Larry. 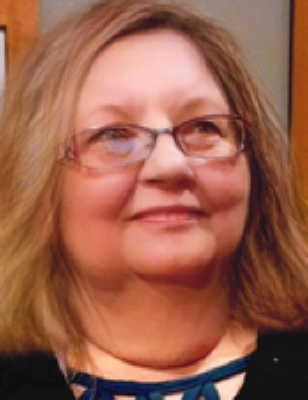