Share a memory
Obituary & Services
Tribute Wall
Read more about the life story of Sandra and share your memory.

Sandy East, 63, of Spicer, passed away on Monday, November 21st at the Mayo Clinic Hospital in Rochester from complications of aplastic anemia, or more simply bone marrow failure. Her memorial service will be held at 2:00 p.m. on Monday, November 28, 2022, at Bethel Lutheran Church in Willmar. Visitation will be on Sunday, November 27, 2022, from 2:30 to 5:00 p.m. at the Harvey Anderson Funeral Home in Willmar and continue one hour prior to her service at church. Sandy asked her remains to be distributed at some of her favorite peaceful places: her family’s home and cabin, as well as in Lake Superior and at Holden Village in Washington. Sandy requested donations to a cause you’re passionate about in lieu of flowers. www.hafh.org

Sandra Lee East was born on July 12, 1959, in Willmar, to Rayburn and Ione (Christianson) Erickson. She spent her first years on the family’s farm near Svea and attended kindergarten at the nearby country school. Her family moved around Minnesota and North Dakota during her school years but returned to Willmar for her last years of high school where she met her husband, Gene. Sandy graduated from Willmar Senior High School in 1977 and attended the tailoring program at Pipestone Technical School from 1977-78. Sandy and Gene were married at Bethel Lutheran Church in Willmar on December 4, 1982 and moved to the home they built near Spicer in 1987.

Sandy worked a variety of jobs and in several fields: she was a waitress, tailor, summer laborer, and administrative assistant, and worked in medical coding, human relations, accounting, public affairs, and insurance. She happily spent 15 years working with her friend Teresa Holwerda at Teresa’s State Farm Insurance agency, retiring due to her health in January 2020. Sandy was involved at Bethel Lutheran Church and during the last couple of years with the art classes at the Greenwater Garage + Gallery in New London. Sandy also enjoyed her book club, hiking trips with friends, yoga, spending time with her granddaughter, and traveling with “the Babes.”

Sandy was the brightest of lights and will be missed by so many.

Sandy is survived by her husband of 40 years, Gene; children Andrew (Kelly) East of Elkton, Maryland and Janelle (Bern) Youngblood of Hillsboro, Oregon; and 1 grandchild, Nadia. She is also survived by her siblings David, Sue, and Laura Erickson and siblings-in-law Darlene Erickson, and David, James, and Jeff East. She was preceded in death by her parents, parents-in-law, and brother, James Erickson. 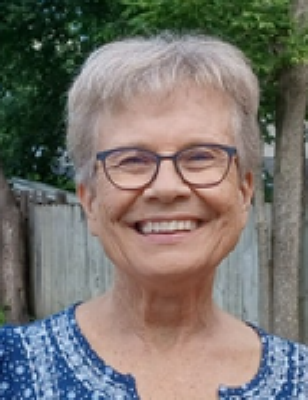