Share a memory
Obituary & Services
Tribute Wall
Read more about the life story of Shirley and share your memory.

Shirley Ann Giere, 85, of Willmar, died Monday, January 16, 2023, at CentraCare Rice Hospital in Willmar. Her memorial service will be 11:00 am, Monday, January 23, at Calvary Lutheran Church in Willmar. Visitation will be from 3-5:00 pm, Sunday at the church and will continue one hour prior to her service.  Arrangements are with Harvey Anderson Funeral Home in Willmar.

Shirley Ann Giere was born April 26, 1937, to Daniel and Sigrid (Storholdt) Halliday in Cormorant, MN. She grew up in Lake Park, MN where she graduated from high school in 1955. Following her graduation, she worked at Northwestern Bell for two years. While out dancing with her friends, Shirley met the love of her life, Silas Giere, and they were united in marriage on July 13, 1957, at Lake Park Lutheran Church. They lived in Hawley, Frazee and Thief River Falls, where Shirley worked for Pennington County Sheriff’s Office, where she helped with record keeping.  In 1969 they moved to Willmar where they raised their four children: Sheila, Scott, Stuart, and Stacey. After moving to Willmar, Shirley began working for Kandiyohi County Sheriff’s Office and the Willmar Police Department in records, finishing her 30 year career in record archiving. Shirley retired in 1999. Shirley and Silas enjoyed wintering in Oro Valley, Arizona where they went for 20 years. Shirley also enjoyed traveling to South Africa, Panama, Alaska, Mexico, Puerto Rico, and Sweden. She was a great golfer and enjoyed playing golf with her children and grandchildren. She was a loving wife, mom and grandma and would take any chance she could to spend time with her family.

She was preceded in death by her parents, and siblings: Joe Halliday, Marie Handegard, David Halliday, and Louise Lindstrom.

Your browser does not support this video format. You should be able to view it in Chrome, Safari or Internet Explorer.

Video is available for this event 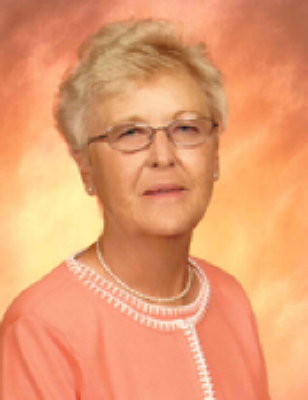