Share a memory
Obituary & Services
Tribute Wall
Read more about the life story of Troy and share your memory.

Troy Schiesser, 50, of Willmar, died Sunday, November 20, 2022, at his home in Willmar from amyotrophic lateral sclerosis (ALS).    His memorial service will be Friday, December 16, at 11:00 am at First Covenant Church in Willmar with visitation one hour prior to the service at the church.  Arrangements are with Harvey Anderson Funeral Home, Willmar.

Troy Donald Schiesser was born January 30, 1972, in Ortonville, Minnesota, the son of Ralph and Arlys (Mueller) Schiesser.  He grew up in Ortonville and attended James Knoll Elementary School and Ortonville High School, graduating in 1990.  After high school, he moved to Willmar and attended the Willmar Vo-Tech, graduating in 1992 with a degree in Sales and Marketing.  On June 28, 2003, he married Deanna Rae Ferry,and they made their home in Willmar.  Troy worked in management in various locations including Payless in Willmar and the Holiday stores in Benson and Willmar until retiring due to ALS.

Troy was a member of First Covenant Church in Willmar. He was an AWANA leader at church where he loved mentoring the boys in his group and cheering for the kids during game time. Troy loved family game night, especially when he would beat everyone in Yahtzee. He loved his children and family with everything he was. He enjoyed family camping adventures where they would swim, hike, and eat lots of s’mores. He enjoyed collecting coins and cameras, and watching I Love Lucy. Troy will be remembered by all as a jokester and for his infectious laugh.

He was preceded in death by his grandparents, his father; several aunts and uncles; and a nephew: James Devorak. 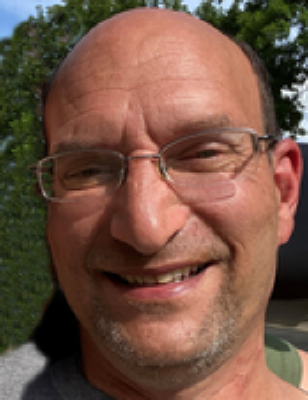